Nope - unlike what most of you probably think Legend of Iya is not dead. It IS in suspended animation for the time being, but work on it will resume in due time. I know my practice of neglecting this blog for nearly years at a time is ridiculous to say the least - but such is life. Unfortunately.
In the meantime - I've started another side-project, which will hopefully be easier to finish than the monstrous thing that is LOI - a remake of the old ZX Spectrum game Phantis. I will post info regarding it shortly. I hope: ) 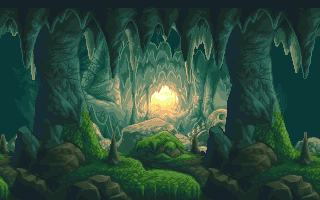