Slugging through the sewers

Well - I started laying out the sewer portion of the map, and it's currently looking really, really nice. In order to get everything running on lower-end systems such as my netbook I attempted to optimize the sine-wave water routine, and stumbled upon a nasty bug that made things run slowly regardless whether or not the water was on screen or not. 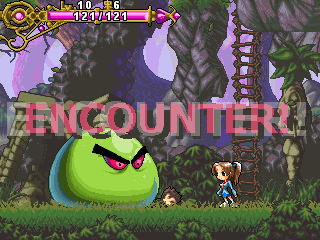 My old slime enemies look very nice in the sewer, which might warrant their partial overhaul, as their current AI and attack pattern are quite terrible and somewhat unpredictable. Also - since I can populate the sewer by the slimes, I might as well recycle the huge slime boss, though, it needs to be redrawn to make it less cartoony-looking.
Now I need some alligators, sludge-cascades and rusty machinery - this is gonna be awesome.
I continued working on the game's map layout, as after some thinking I realized that Iya ends up getting her core moves way too late into the game, so I reshuffled the powerup order. Also, it was decided to reduce the number of magic attributes to three - each with 3 levels of upgrade (the third one is a single secret item that powers up all three magics). 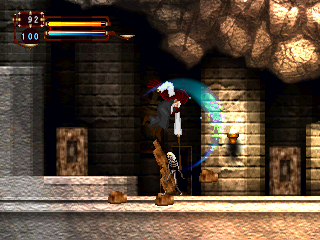 Over the last two days I was playing Return of Egypt - an older indie metroidvania. Not a great game, but it made me think - with its map about a fraction of LOI's and only about three distinct environments it still provides several hours of moderately fun gameplay, Return of Egypt is just long enough for an indie project... is it possible I went overboard with LOI's ginormous world?
Posted by DarkFalzX at 7:58 AM